If you follow my YouTube channel (TheSes31), you will see a series of videos called Stop! Look! AND LISTEN! The inspiration of the videos began with my wonderful friend Tom. We were talking and he commented how one of my gifts is painting (I am fairly new and my friend Janet helped me with my last finished piece but you will have to ask Tom to show it to you). But I then commented how painting was a challenge to overcome. He asked what I meant so I explained that I have texture issues, particularly slimy textures and paint is slimy, but painting is helping to open the door to possibilities of introducing new foods in my already limited diet (I still don't like mushrooms even though I learned I'm not allergic to them. World's most vile whatever it is. Yuck!). So them we got to talking about some different slimy foods. Anyway, it was this discussion that inspired my video series.

April is autism awareness month and April 2 is World Autism Awareness Day (Light It Up Blue). I also thought my videos could give a personal insight into what being an adult on the spectrum is like.

Do you know that about a year into ABA therapy I am a lot better off now than I was last year? The Susan that Tom knows right now is a different Susan. One year ago, I could hardly look anyone in the eyes, was barely verbally communicating needs/desires/wants, was lashing out a lot because I didn't know how to communicate because I didn't know how to identify my feelings or the triggers of my feelings, and I was barely smiling. I still have a long way to go before I can even attempt a J-O-B, but I have made progress. Today, I am still moderately verbal (I don't communicate as well verbally as I do in writing and I still am not verbal with people I barely know (like at the new church)), and tragically, when reviewing an application for Camp ASCAA, I determined I wouldn't be eligible for regular camp because of my lack of verbal communication with people I barely know. If I got hurt, how would I be able to express my needs if I can't even verbally identify what caused the hurt?

But Friday was Good Friday and yesterday was Easter (my first REAL Easter by the way). My last video to date was about Autism and God. Let me just say this, creation is like autism. God had a set order, and no two things are exactly alike, and all the colors, and well, the platypus. In some ways, I feel God has autism. And most of us on the spectrum are very in tune with nature. If you go for a walk with me in Heardmont Park (and if you haven't done this yet, summer's coming so make arrangements with me), we will talk some but mostly we will observe and listen. I hear God in nature. I hear God when Tom talks with me and we're working through some heart issues. I hear God in music.

And even though some of us on the spectrum are not verbal or not as verbal, we still communicate. But like trying to listen to God, you sometimes have to listen with heart rather than just with your ears. And Tom, if you're reading this, you're ready to do heart listening in our friendship. Because I'm ready to let you.

That is why my video series emphasizes listening so much. Because once you learn to listen, you then gain understanding of the challenges we face on the spectrum. The world is noisy. My mother is learning this herself now. It's never too late to learn to listen. 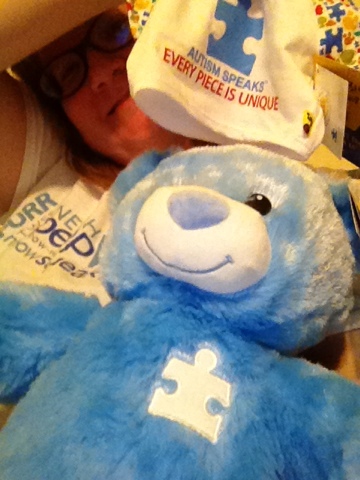 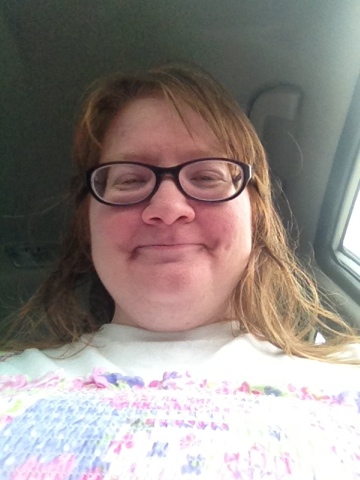